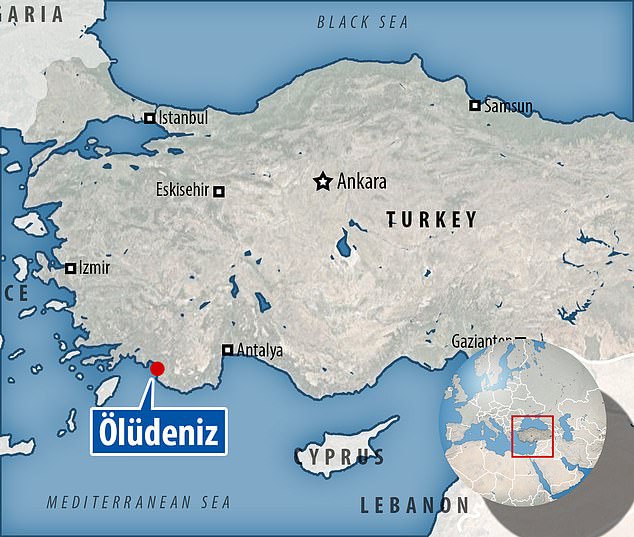 A British paraglider was murdered in Turkey after taking off from a 6,300-foot peak and colliding with boulders.

The 62-year-old Briton took off from the Babadag paragliding facility in Fethiye, a well-known Aegean resort town on the Turkish Riviera.

The tourist from England decided to leap from the Babadag, also known as Father Mountain, while on vacation.

The vacationer was ready for the leap, but shortly after takeoff, he crashed against some rocks.

Witnesses alerted the emergency services right away, and Search & Rescue was sent to the scene.

He was hauled away on a stretcher and sent to the state hospital in Fethiye by ambulance.

However, despite their best attempts, they were unable to resuscitate him.

His death is being looked investigated by Turkish authorities.

For a comment, MailOnline has reached out to the Foreign Office.

Due to its breathtaking views close to the ocean, Babadag is regarded as one of the top paragliding locations in all of Europe.