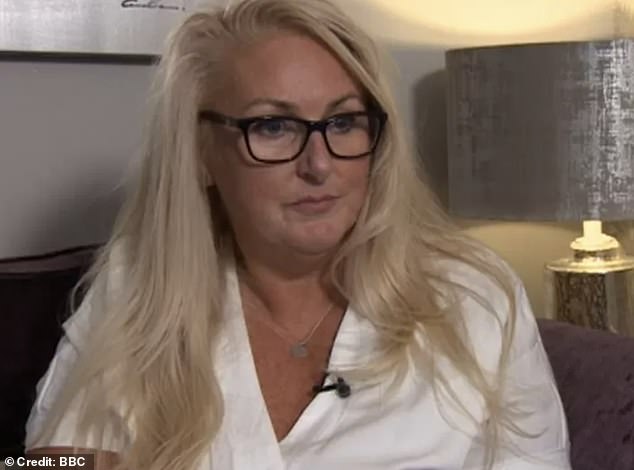 Concerned about botched shoulder procedures, an orthopaedic specialist was suspended and nearly 600 patients were recalled.

The Walsall Healthcare NHS Trust in West Midlands is contacting hundreds of former patients of Dr. Mian Munawar Shah following reports that a surgery he conducted caused some individuals to lose the use of their arms.

BBC claimed that the hospital stated hundreds of patients could be affected by Mr. Shah’s surgery and set up a helpline for such persons.

Between 2010 and 2018, twenty-one medical malpractice cases relating to the procedure were filed.

In 2010, Walsall Healthcare Trust requested a broad evaluation of surgery from the Royal College of Surgeons.

Nearly 600 of Dr. Mian Munawar Shah’s (not shown) patients have been contacted by the Walsall Healthcare NHS Trust (seen) due to concerns about his shoulder procedures.

Since then, the High Court has prolonged the interim measures imposed on the doctor until 2021. However, Mr. Shah’s accusations predate the actions taken against him.

In 2010, Mr. Shah performed a private operation on Ms. Aldridge in a facility managed by Spire Healthcare.

Her radial nerve was severed during the treatment, leaving her in excruciating pain and unable to elevate her arm.

The trust acknowledged liability, and Ms. Aldridge was compensated.

In 2016, around six years after her surgery, she wrote to the General Medical Council’s (GMC) fitness to practice department and requested an investigation into Mr. Shah.

Ms. Aldridge told BBC, “I tried to stop him because I knew I wasn’t the first and wouldn’t be the last.” I attempted to accomplish something so that others’ lives would not be wrecked.

The GMC declined to investigate, citing the fact that Ms. Aldridge’s surgery took place over five years ago.

During the 2014 revalidation process, Walsall trust apparently gave Mr. Shah a clean bill of health, according to the institution.

In 2010, Mr. Shah performed a private operation on Joanne Aldridge (pictured) at a Spire Healthcare facility. During the operation, her radial nerve was severed, leaving her in excruciating pain and unable to raise her arm.

In 2019, Martin Crowley (pictured) underwent surgery after dislocating his shoulder. Mr. Shah had his joint replaced after the initial operation was unsuccessful. Mr. Crowley claims that following his surgery, he has had difficulty performing simple actions such as carrying a cup of tea or buttoning his shirt.

Angela Glover, a patient who underwent two of Mr. Shah’s operations, has “continuous discomfort” as a result of her inability to raise her right arm or grasp objects with her right hand.

Ms. Glover underwent two surgical procedures, including one that was considered unnecessary and during which Mr. Shah improperly inserted a screw.

Since the onset of her troubles, her family has demanded an explanation, but they are still in the dark.

Simon Roberts, her partner, told a television network, “We’ve had to battle and demand every step of the way, and I’m still not convinced we’ve been informed what happened – we’ve still not received a proper explanation.”

He also observed that Ms. Glover’s mental health has been badly affected by the procedures to the point where she attempted suicide.

Mr. Roberts stated, ‘Angela lacks the confidence to handle a baby, and it’s really frustrating to be unable to pick up and hold your grandkids.

Sometimes I see tears in her eyes, and it hurts my heart as well.

In 2019, Martin Crowley also need surgery after dislocating his shoulder. Mr. Shah had his joint replaced after the initial operation was unsuccessful.

Since his surgery, Mr. Crowley has had difficulty performing even the most fundamental duties, such as carrying a cup of tea or buttoning his shirt.

He remarked, “It’s really affecting me; there’s a lot I want to do but I can’t do.”

Angela Glover (not pictured), who underwent two of Mr. Shah’s operations, experiences “continuous discomfort” as a result of her inability to raise her right arm or grasp objects with her right hand.

Ms. Glover’s partner Simon Roberts (pictured) said, ‘We’ve had to battle and demand every step of the way, and I’m still not convinced we’ve been informed what happened – we still haven’t received a proper explanation.’

The affected patients and their loved ones are now wondering why it took so long for Mr. Shah to be punished.

The medical director of the Walsall trust, Dr. Manjeet Shehmar, speculated that it may be largely attributable to the trust’s failure to hold multidisciplinary team meetings.

Some of Mr. Shah’s surgeries would have occurred at Walsall Manor, while others would have taken place at an orthopaedic specialty facility.

David Loughton, the new CEO of Walsall, stated that the trust was unaware of any complications related to Mr. Shah’s knee or hip surgeries.

Mr. Loughton apologized to the impacted patients, some of whom he “met with personally.”

He said, “I am acutely aware of the terrible effects this has had on them and how, in many cases, it has altered their life.”

Spire Healthcare will continue to collaborate closely with Walsall Healthcare NHS Trust during its examination of Mr. Shah’s practice.

A spokesman stated, “We are assessing whether we need to contact and offer support to patients who had specific treatments with Mr. Shah at Spire.” The doctor has not worked at their facility since March 2020.

“We recognize the anxiety and uncertainty this may give patients.” Patient safety and quality of care are Spire Healthcare’s greatest priorities.

Mr. Shah’s attorney denied BBC’s request for comment, claiming it would be “inappropriate” to do so while the case is continuing.

»600 patients are recalled after shoulder surgeries left several without arms«