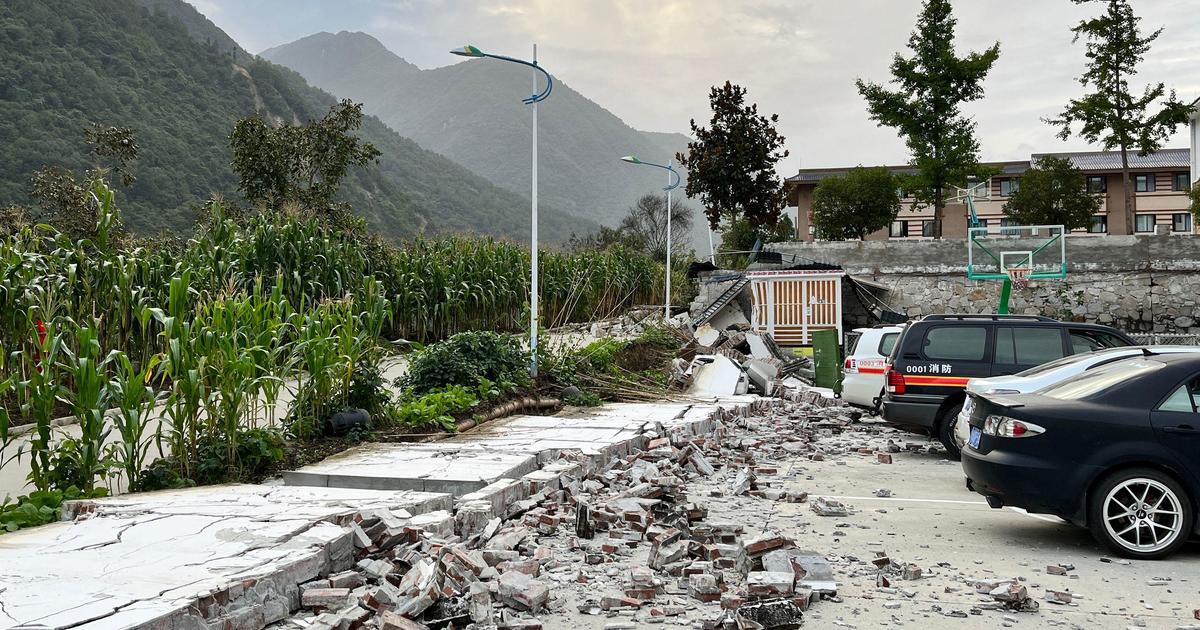 A 6.8-magnitude earthquake struck China’s Sichuan province on Monday, causing landslides and shaking buildings in Chengdu, the provincial capital, where 21 million people are already under COVID-19 lockdown. At least 46 people were confirmed dead and 16 missing.

Soon after midday, a hilly section in Luding county was affected by an earthquake, according to the China Earthquake Networks Center.

Earthquakes often strike Sichuan, which is located where the Tibetan Plateau and tectonic plates collide. At least four individuals were killed in two quakes in June.

As the hunt for trapped persons continued on Monday night, state media CCTV reported that the death toll had increased to 46, with 16 still missing.

“It affected me quite a bit. My downstairs neighbours, who reported feeling it very noticeably, “Chen, a local of Chengdu, said to AFP. People aren’t permitted to leave their home complexes since Chengdu is presently undergoing epidemic control, therefore many of them hurried out into their courtyards.

Authorities had earlier announced 7 fatalities in Luding county and 14 more in Shimian county, which is south of Luding county. Three of the fatalities were employees of the glacier and woodland natural reserve known as Hailuogou Scenic Area.

In addition to the fatalities, police stated that rocks and earth fell from mountainside, damaging houses and cutting off electricity, according to CCTV. A rural route was closed by one landslide and was covered with rock scattered debris, according to the Ministry of Emergency Management.

At a distance of 200 kilometres (125 miles), Chengdu experienced shaking in the buildings. Jiang Danli, a resident, said she spent five minutes hiding behind a desk in her flat on the 31st level. Fearing aftershocks, several of her neighbours hurried downstairs.

“June saw a significant earthquake, although it wasn’t very frightening. Because I live on a high level and the shaking made me feel queasy, this time I was very afraid “to The Associated Press, she said.

Due to Sichuan’s reliance on hydropower, a heat wave and drought that preceded the earthquake and lockdown caused water shortages and power outages. This comes after China’s most recent significant shutdown in accordance with its tight “zero-COVID” policy.

Jiang said that the last two months in Chengdu “had been odd.”

At a comparatively shallow depth of 10 kilometres, the U.S. Geological Survey measured a magnitude of 6.6 for the earthquake that occurred on Monday (6 miles). Different agencies’ first measurements may vary somewhat.

Tens of thousands of people died and there was extensive damage as a result of an 8.0-magnitude earthquake that struck Sichuan’s Wenchuan county in 2008.

Following two earthquakes that occurred in southern China in June, at least four people died and several more were injured.

About 60 miles west of Chengdu, a sparsely inhabited region was struck by a shallow 6.1-magnitude earthquake that month.

Three minutes later, a second quake with a magnitude of 4.5 struck a neighbouring county, causing fatalities and injuries.

As they battle a COVID flare-up with hundreds of cases, authorities in Chengdu extended the city’s viral lockdown on Sunday.

The area has also seen an exceptionally harsh summer, with Chongqing’s waterways notably drying up as a result of a heatwave that set records.