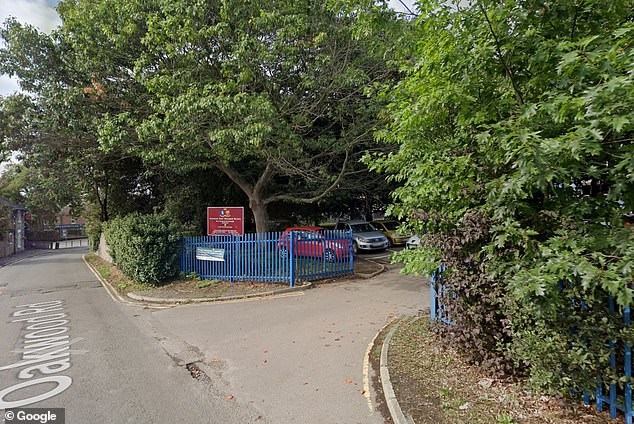 A former elementary school teacher has been prohibited from teaching for life due to an eight-month affair with a male sixth-grader 14 years ago.

In 2008 and 2009, Keeley Dean, 44, a geography teacher at Oakwood Park Grammar School in Maidstone, had an affair with a student, but the connection was not exposed until the student, who is now married, reported it in 2020.

A Teaching Regulation Agency (TRA) disciplinary panel found Ms. Dean guilty of meeting the youngster at his residence, kissing him, having multiple sexual encounters with him, and staying at a hotel with him.

Ms. Dean denied all charges, but the panel found evidence that the teacher’s actions were sexually motivated and decided accordingly.

They reported that the student informed them he eventually decided to report the charges because “keeping them a secret was eating him alive.”

It was rumored that the geography instructor seduced the adolescent at dinner on the couch in his family’s living room while his parents attended a Christmas office party.

In addition, teaching watchdogs learned that Ms. Dean was 30 years old and that the student had been enrolled at the school for six years when she emailed him in August 2008 to inquire about his AS exam performance.

During the subsequent months, they corresponded via email and conversed in class at Oakwood Park Grammar School in Maidstone.

The following month, in October, Ms. Dean invited the student to the movies with her, and they swapped mobile phone numbers.

Alan Wells, who presided over the Teaching Regulation Agency hearing on November 10, stated, “Student A explained that he viewed the relationship as platonic at the time.”

However, because Ms. Dean was married and they did not want anyone to question this, they chose to go to a theater further away.

The former student indicated that it “never occurred to him” at the time that their actions were improper, and he loved interacting with Ms. Dean.

In December 2008, while his parents were gone, the student invited Ms. Dean to his home, where they had their first sexual encounter.

“Student A indicated that he invited Ms. Dean to his home for the first time because he was alone.”

“Ms Dean came to Pupil A’s house for dinner, and he recalled that after she used the restroom, she sat next to him on the sofa, grasped his hand, and asked, “What are we going to do about this?”

Pupil A claimed that he then kissed Ms. Dean and that they had their first sexual encounter.

Beginning in January, Pupil A and Ms. Dean met after school “two or three times a week” for sex at her residence, following which she dropped him off at the bus stop.

The panel was informed that the youngster regarded her to be his girlfriend; yet, because she was married, their relationship did not become “formal.”

Mr. Wells stated, “It was agreed that they would keep their relationship a secret.”

Pupil A and Ms. Dean spent the night in a hotel and went on a day trip together in March.

The student claimed that he discontinued the connection in June or July of 2009 because his buddies were suspicious and he “could not lie any longer.”

However, they reportedly had sex again on Halloween night the following year when he entered college and texted her that he was lonely.

In 2019, the former student was engaged and contemplating having a family when he chose to report a “secret that had been eating away at him,” according to the misconduct panel.

In April 2020, he contacted the school’s principal via LinkedIn, was seen the same day, and then disclosed the incident.

Ms. Dean, now 44 years old, was approached about the claims in July 2020 by protection officers who had been notified of the charges.

She expressed disbelief but was unable to explain why the former student would make such a statement.

Ms. Dean, who has taught at the school since 2001, asserted that her ex-student concocted the charges because he was “infatuated” with her.

Former classmates, however, informed education watchdogs that they were suspicious of the student’s friendship with Ms Dean.

They observed his vehicle in front of her residence while he claimed to be meeting his “older girlfriend named Laura.”

The child confessed to teaching watchdogs that he had invented “the phony girlfriend” and named her after Ms Dean’s middle initial.

The student’s mother was also suspicious after observing her son get out of a car and dispose of a used condom while she was walking her dog.

Alan Meyrick, the Education Secretary, stated, “The panel recognized Ms. Dean’s admission that she knew it was improper to have an intimate relationship with a student.”

“In my opinion, the apparent lack of complete comprehension poses a risk that this behavior may be repeated, so jeopardizing the future well-being of students,”