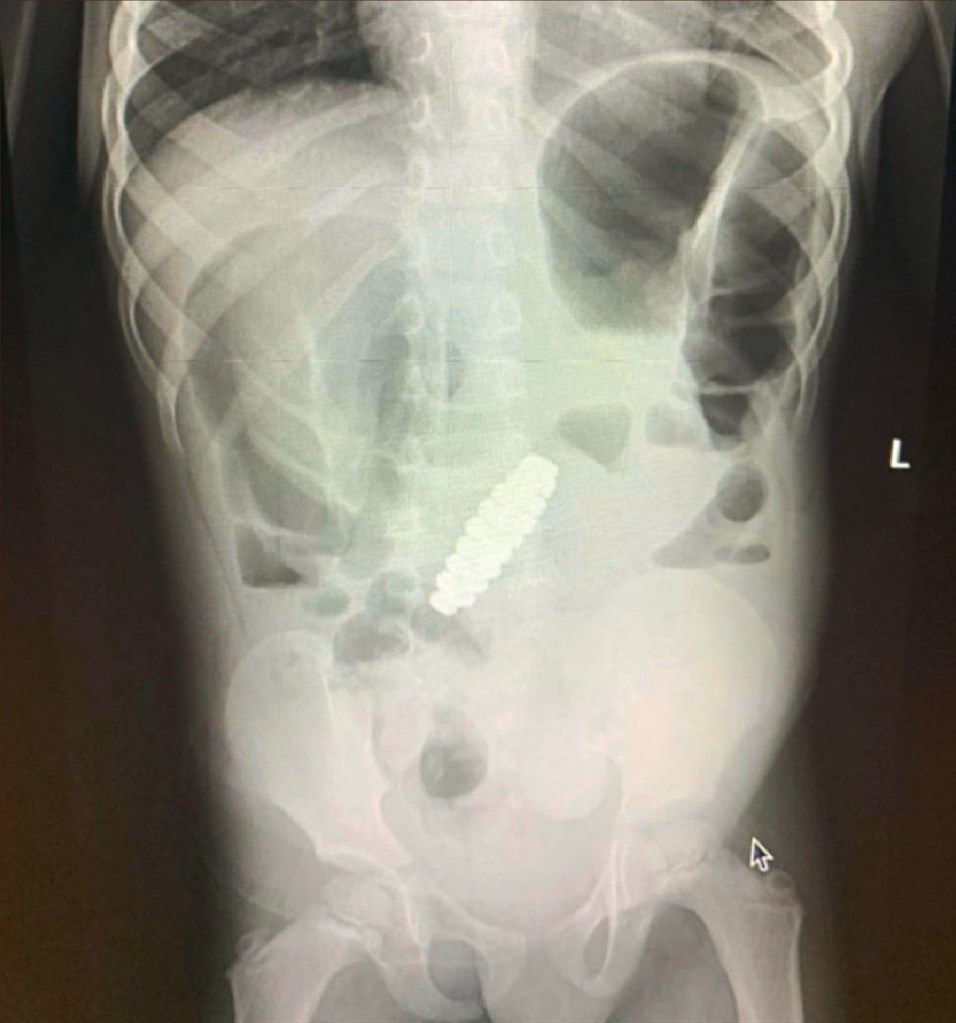 It was a supper that would stick to your ribs.

Doctors were astounded when they discovered that a four-year-“colicky” old’s pain was caused by a magnetic bracelet he had swallowed.

“We present the case of a 4-year-old boy who ingested multiple magnetic beads,” states the disturbing case study that will be published in the “Journal Of Pediatric Surgery Case Reports” in February 2023.

Jam Press stated that the infant was sent to the hospital after feeling “colicky abdominal” pain for two days, as well as “multiple episodes of vomiting and constipation.”

Following an examination, the youngster was first diagnosed with acute appendicitis and his appendix was removed. However, his stomach ache remained, and three days after the treatment he began vomiting bile.

Two days later, as his symptoms persisted, doctors performed an ultrasound to determine what was wrong.

The shocking reason of the child’s distress was then discovered: he had a bracelet in his stomach. The accompanying X-rays reveal that the foreign item is a loop of opaque beads stuck in the child’s abdominal cavity.

The parents were as surprised as the physicians, as they had not observed their son ingesting anything out of the ordinary.

In addition, the body-invading ornament was clogging the boy’s intestines and even creating holes in his bowels. To prevent further injury, doctors performed an emergency laparotomy — a surgery in which surgeons make an incision in the abdominal cavity — and removed the bracelet, which comprised of 18 magnetic hexagonal beads. In addition, the holes in the boy’s intestinal wall were healed.

Thankfully, the boy healed rapidly and was released from the hospital, with subsequent appointments revealing that he was in good health.

In a similar occurrence in 2020, a Chinese 5-year-old was so fascinated with magnets that he ingested 123 magnetic beads, which required a four-hour operation to extract.