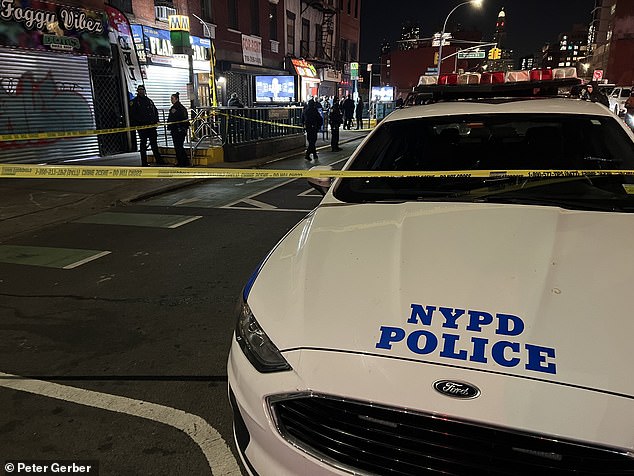 On Tuesday night, a 39-year-old man was brought to the hospital in severe condition after threatening two New York City transportation workers and threatening to grab the security guard’s gun before being shot in the chest.

Michael Kemper, the NYPD’s acting chief of transit, described the violent scene in the wealthy Park Slope neighborhood of Brooklyn as “extraordinary.” The rate of transit-related crime has increased by 28 percent year-over-year, yet staff members rarely open fire.

Tuesday evening at approximately 9:00 p.m., according to Kemper, two uniformed Metropolitan Transportation Authority (MTA) employees were waiting on a platform to catch a subway train.

One was responsible for maintaining MetroCard machines, while the other was one of 274 armed security guards who defend their coworkers.

A MTA employee shot a 39-year-old guy in the chest about 9 p.m., after he threatened them.

The man was sent to the hospital in critical condition; the two MTA employees were unharmed.

After the incident, offices are spotted at the entrance to the metro station.

While they waited for the train, a man approached them and began a verbal argument with them. He grew angry,’ explained Kemper.

According to him, as the subway train approached the Union Street station, the two fled in an attempt to escape their aggressor.

However, the unidentified man followed them up the stairs to the mezzanine level of the station and proceeded to harass them.

Kemper stated that the security officer “attempted to calm down the individual,” but the attacker continued to advance and threatened to seize his gun.

The MTA veteran security guard then drew his gun and shot the victim once in the chest.

In a serious condition, he was sent to New York-Presbyterian Brooklyn Methodist Hospital.

According to police, the injured individual was known to them and had a history of arrests. There is no indication that he was armed.

Richard Davey, president of municipal transit, described the incident as “tragic” and observed that his employee “did not want their day to end this way.”

The investigation is in progress.