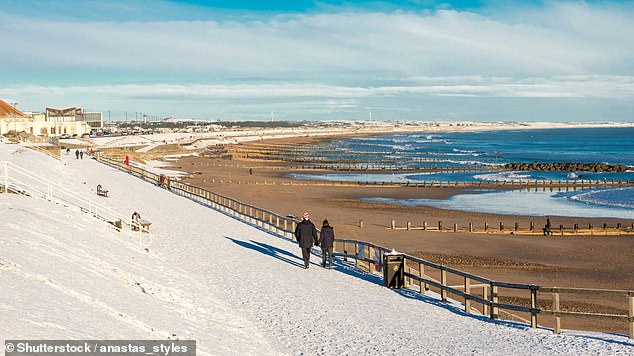 Off the coast of Aberdeen, a man drowned after plunging into the water “to save his dog.”

After hearing reports of someone in the sea on Tuesday night, emergency personnel flocked to the city’s Beach Esplanade.

The HM Coastguard, RNLI, and police were there, according to the Daily Record.

A 33-year-old guy who was hauled to shore subsequently passed away at Aberdeen’s Royal Infirmary, which is tragic.

According to the locals, the man’s dog was startled by pyrotechnics and jumped into the water.

A resident was quoted as saying: “The dog ran into the water when he leapt in after him because he was startled by the sounds of the pyrotechnics.” Many members of the emergency services were on the scene to help.

As the people eagerly watched the rescue operation, a police aircraft was seen hovering above the beach.

Unfortunately, the dog was not also pulled alive from the water.

According to the police, there are no unusual circumstances surrounding the man’s death.

A representative for Police Scotland stated: “Police were alerted to a complaint of concern for a male at Beach Esplanade, Aberdeen, around 7:15 p.m. on Tuesday, November 1. The 33-year-old was brought to Aberdeen Royal Infirmary, where he was subsequently declared dead.

There are no unusual circumstances surrounding the death, and the Procurator Fiscal will get a report.