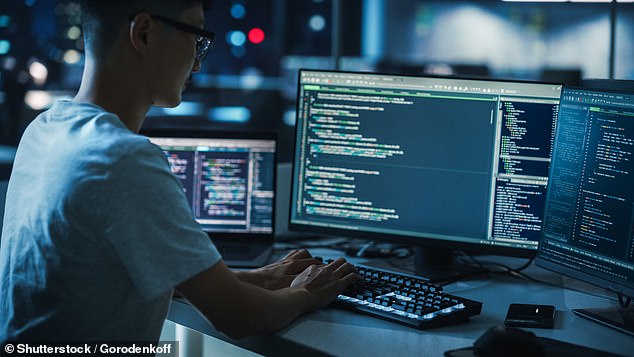 The attacks of Optus and Medibank have revealed the internet vulnerability of Australian companies, and industry experts say a shortage of cyber security experts is a big factor.

According to the Cyber Security Sector Competitiveness Plan of the federal government, there will be a shortage of 3,000 cybersecurity workers by 2026, and the demand for these scarce workers will cause the average sector pay to continue to rise.

While the loss of millions of customers’ personal information from Optus and Medibank made headlines, the daily avalanche of smaller cyber attacks directed at Australians is arguably even more worrisome.

According to a government analysis, Australia faces a significant shortage of cybersecurity specialists.

According to a report from 2021, an Australian with an online presence will be the victim of 745 cyber attacks every day, or one every one to two minutes.

Even more worrying, the analysis predicts that the frequency of cyber assaults will quadruple over the next five years.

The government plan, which has been revised four times, has been made public in advance of Monday’s national cyber security conference in Melbourne.

The estimated average salary of cybersecurity professionals is obtained from job postings on the employment website Seek.

Minister of Cyber Security Clare O’Neil stated on Sunday that Australians must ‘awaken from their cyber-slumber’ over the menace of internet crime.

The Medibank breach has exposed the susceptibility of big Australian corporations to cybercriminals.

She told ABC that the Albanese government is considering legislation to prohibit Australian businesses from paying ransom demands.

Ms. O’Neil has also vowed to take down the’scumbags’ responsible for the Medibank theft, in which hackers demanded that the health insurer pay $15 million to prevent the dissemination of its clients’ personal information – a demand the insurer ignored.

On Monday, the hacker leaked an additional 500 customer data, which contained information on people who sought mental health care coverage.

A previous data breach on the so-called ‘dark web’ exposed the case histories of Medibank clients who had abortions or drug and alcohol treatment.

On Monday, Medibank CEO David Koczkar ‘unreservedly’ apologized for the incident and labeled the perpetrators ‘deplorable’.

“We will continue to support all victims of this crime through our Cyber Response Support Program,” a spokesperson for Seven News said.

If consumers are worried, they should contact our cybercrime hotline, our mental health support line, Beyond Blue, Lifeline, or their primary care physician for assistance.

Class action specialist law firm Maurice Blackburn is considering filing a lawsuit against Medibank, which might require it to pay millions in damages.

The agency will bring together experts from the AFP and the Australian Signals Directorate of the Department of Defence in an effort to “hack the hackers.”

Ms. Neil stated that she could not guarantee that hackers would be imprisoned in Australia due to the fact that they were frequently foreign nationals.

745 cyber attacks are launched against Australians per day, or one every one to two minutes.

She stated, “We have individuals that are really being harbored by foreign countries.”

The September hacker who stole the personal information of over 10 million present and former Optus customers has not been identified.

This is despite government assurances that police were hot on their trail and would make pronouncements regarding the case, neither of which occurred.