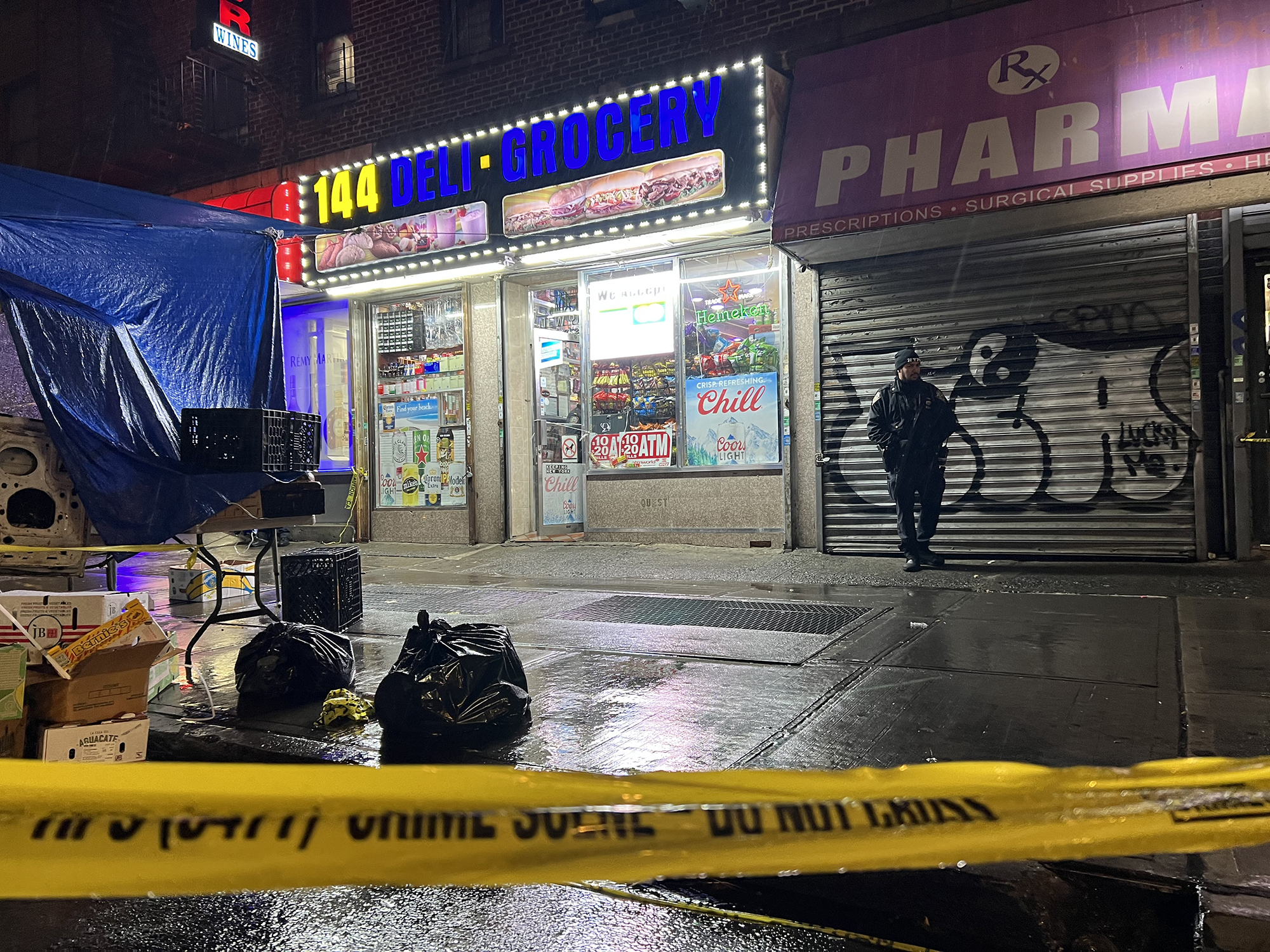 In a horrific incident captured on camera, a 30-year-old man was shot and gravely wounded inside a Manhattan bodega on Thursday evening.

The victim was shot at 4 p.m. while arguing with another man inside an Inwood deli located at 144 Nagle Avenue, according to police.

The Post received surveillance footage depicting a man wearing a red puffer jacket standing near the counter of 144 Deli & Grocery while another man shouts at him from the doorway.

The man, whose hand was curiously tucked into his coat, exits, and the victim puts down his headphones and bag and peers out the door before exiting the camera’s field of view.

According to the video, the gunman returns to the bodega seconds later and shoots the 30-year-old at close range.

Before falling to the ground on the pavement, the victim lunges forward and grabs his supposed assailant, shoving him out the door.

His hand may be seen twitching and shaking as he lies on the ground after falling from view.

According to cops, he was brought to Harlem Hospital in critical condition.

The alleged shooter fled the area, and no arrests have been made.