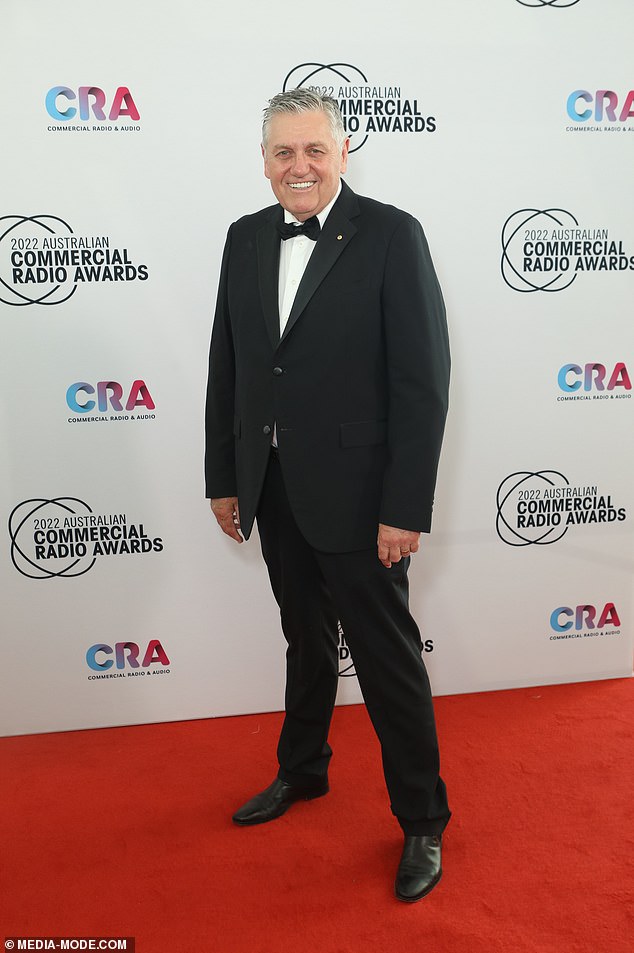 Following his scandalous behavior at the Sky News Christmas party, where the presenter admitted it was improper and “profoundly apologized” for his “drunken handling” of ladies, Chris Smith has been dismissed by 2GB.

Tom Malone, the managing director of radio at Nine, said that Chris’ actions “reflect a major violation of his contract” and “are not in line with the ideals of 2GB.”

He claims that the media firm has recently supported Smith and will do so in the future if needed.

After Smith, 59, reportedly made inappropriate remarks at the end-of-year party on Saturday that caused a female coworker to cry, Hadley called Smith “a horrible guy.”

Hadley came onto the program hosted by his summer substitute, Mark Levy, even though he is on leave from 2GB, to slam Smith on Tuesday, stating Smith had a history of “monstering young women.”

Hadley acknowledged that he and Smith had a history of conflict before saying, “I don’t wish him any evil.”

He immediately went on the attack, calling Smith “a drunken idiot” and expressing his desire for the disgraced broadcaster to be dismissed.

The 2GB morning anchor backed previous requests for their colleague to be fired from Sky’s Andrew Bolt and Rita Panahi.

On his Sky show on Monday night, Bolt demanded the firing of the suspended broadcaster over a more than three-minute section.

Hadley stated on Tuesday, “I don’t believe [Smith] should ever return to a network.”

If he ever leaves again, I’d be extremely shocked, and I don’t believe the radio and television industries would be worse off as a result.

He would be better off abandoning it. Therefore, good riddance to bad garbage,’ Hadley remarked, echoing Panahi.

Hadley remarked, “I’m ashamed to be [Smith’s] former colleague and I hope that I never have to deal with him again.”

My sympathies go out to the young ladies who have been victimized by him in the past as well as this time. He is a despicable person.

Smith’s situation has become worse since his suspension due to the controversy that broke on Saturday night.

It is believed that his wife, the well-known nutritionist Susie Burrell, and their twin sons have left the family home.

Since then, he has expressed regret for his “humiliating” actions and admitted himself to a mental health institution.

The same justification the seasoned broadcaster offered for his behavior at a 2GB Christmas party 13 years earlier was that he was acting because of addiction and bipolar condition.

Smith apologized for his behavior and clarified that the actions at the party did not represent how he behaves at work in a statement issued on Monday afternoon.

After our Christmas dinner, Smith remarked, “I am utterly mortified and saddened to know I have hurt my colleagues.”

I sincerely apologize to the ladies I offended. They can all confirm that I am never that dude at work. They deserve more than to be treated so badly after all the support they have given me.

Smith said, “I have a chronic issue with drinking… it sends me manic,” and attributed the incidents to his bipolar disease and alcohol addiction.

When Smith phoned into 2GB on Tuesday, Hadley scolded him for again utilizing the same justifications.

“Young ladies should be safeguarded; they shouldn’t attend Christmas parties and be terrorized by inebriated idiots, which is exactly what happened in this case. I have no compassion for him; I’ve heard all of his justifications before: “I’m bipolar, I drink too much, and I’m a monster when I drink.”

Over the years, “We’ve heard it four or five times.”

When Smith stood in for Ben Fordham in July, Hadley also chastised him.

When Smith filled in as the morning presenter, Hadley attacked him, stating he is “embarrassed to be on the same network” as him due to his “foolish” remarks regarding a cruise ship full of Covid-infected people.