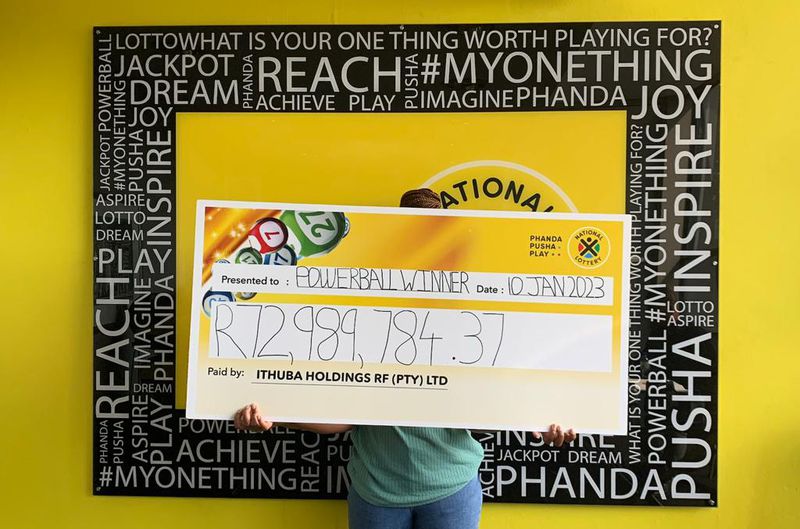 The first PowerBall jackpot winner of 2023 is a contact center agent from Pretoria who is 28 years old. The R72 million winner is one of the National Lottery’s youngest multimillionaires to date.

The 28-year-old woman stated to the National Lottery Operator Ithuba that she plans to enhance her lifestyle and lavish her family with the “best of the’soft life’.”

The victor stated, “I will definitely purchase a car that is more suitable for my new life, as well as a home for myself and my family, and I look forward to living a luxurious lifestyle.”

“Our family has always desired to travel to France and other European countries,” she continued.

The winner is a Limpopo native with two siblings and a mother. After joining the insurance sector through a learnership course in 2013, she became a call centre representative. She stated, however, that she had always desired a career in law.

Currently, the 28-year-old is engaged to be married.

As previously reported, the winner used the FNB banking app to participate. A bank representative informed her that she had won over R250,000 in the Tuesday, 10 January PowerBall drawing and would need to visit an Ithuba office to claim her prize.

“I honestly believed the phone conversation to be a hoax, since I didn’t believe there were people who genuinely won millions from the National Lottery because they are always anonymous and their names are concealed when they take photos with the check.

“Although I do play the National Lottery, I believed that people could only win hundreds of thousands, never millions,” the 28-year-old stated.

She continued, “But now I do believe it, and I also see how possible it is for someone’s life to change in an instant, as I awoke this morning a millionaire.”