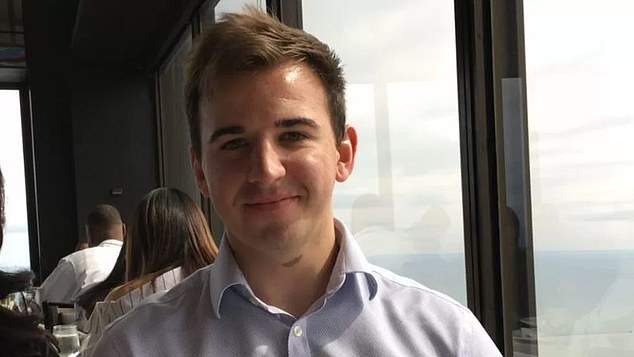 A brain hemorrhage caused the death of a 27-year-old man from Lancashire in 2020. His organs were donated and saved the lives of six people.

Alex Newlove was from Tarleton, Lancashire, and he resided in Chicago, where he worked in accounting and finance. His mother, Judy Coutinho, 59, said he was enjoying his “dream life.”

The 59-year-old woman revealed that her son grew ill in early 2020 and died of a brain hemorrhage shortly after returning home for the holidays.

She stated on BBC Radio Manchester that there had been no notice. We were really blindsided by the event.

Alex and his mother had not discussed organ donation, but she stated that she knew it would be his wish after his passing.

The 59-year-old woman stated that she felt it was the proper action to take and referred to it as a “amazing gift.”

Alex’s organs were donated to six individuals, including a 16-year-old girl who was able to celebrate her GCSE results and a young kid who was able to spend more time with his mother.

She stated, ‘I simply believed that he would not want his organs to go to waste’ It would not have brought Alex back to us if they had not assisted other individuals.

Since his death and organ donation, Judy has communicated with some of people Alex saved.

The 59-year-old added that the 16-year-old whose life he spared received good GCSE scores and was able to attend prom as a result of his organ donation.

She stated that being in touch with them has been uplifting and has made her realize that it was always the correct course of action.

Judy stated that she has also received a letter from the mother of a child who received a portion of Alex’s liver, and the information regarding her son’s health has been reassuring.

Judy supports an NHS initiative that encourages people to communicate with their families and confirm that they want their organs to be donated.

The new commercial emphasizes the impact that ignorance of organ donation may have on bereaved families.

Judy stated that organ donation is an extraordinary legacy to leave in the event of the unthinkable.

She stated that she did not anticipate being in such a position and that it is beneficial to have an open dialogue with a loved one in order to determine their desires.

The campaign follows a change in organ donation legislation.

This means that all adults are considered potential donors unless they opt out or belong to an excluded group.

However, families are still asked if they consent to organ donation before it occurs.

80 percent of people are willing to donate their organs, but just 39 percent have expressed their intentions.