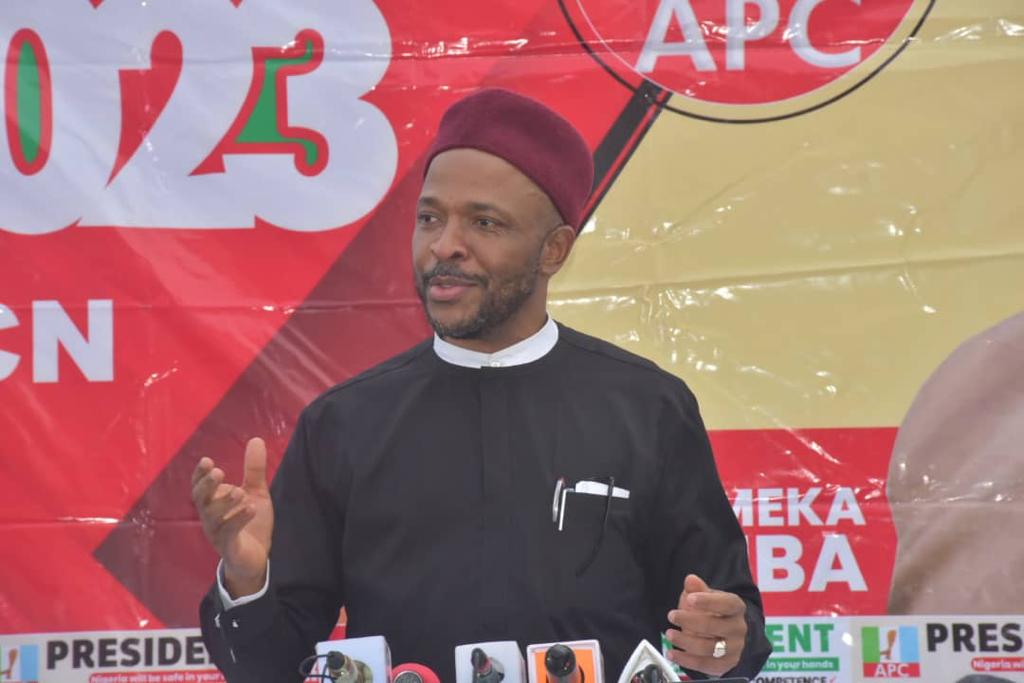 Members of the All Progressives Congress, APC from the Southeast, aspiring for the party’s presidential ticket have been advised to step down and support Nigeria’s Minister of State Education, Chukwuemeka Nwajiuba, who has already purchased the APC presidential forms.

In a press statement, the Senator representing Imo North Senatorial district, Frank Ibezim, who gave the advice, said Mr Nwajiuba has all the qualities needed to become president.

“For long, we have clamoured to be allowed to provide leadership of this country at the highest level.
“The time has come, and Hon. Nwajiuba is that person who has the competence, youthfulness, likeability and closeness to the President and other key stakeholders of the party.

“Given these facts, I want to call on other south-east politicians nursing similar ambition and who have not purchased the form to put a halt.

“This is the time for unity; this is not a contest we want to go into scattered, bruised and fighting ourselves. Nwajiuba, from every sign is the key to APC presidential ticket; let us rally around him.

“Let us not give those who mock the Igbos saying, they are never united, the room to do so. With Nwajiuba already in the ring, let us rally around him. Let us not throw away this golden opportunity. This is the time to speak with one voice,” Ibezim said.

The contest to produce a Southeast presidential candidate for the APC is tight, as many experienced politicians are in the ring with Nwajiuba.