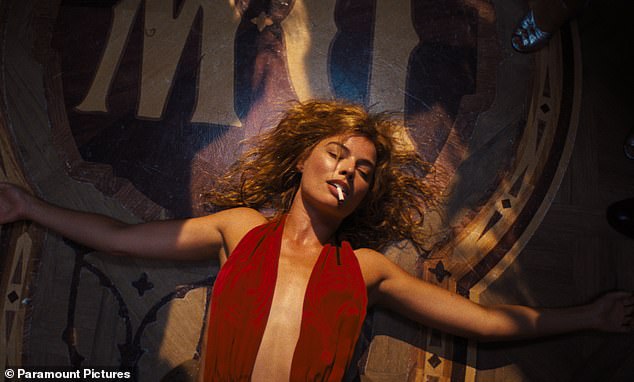 The movie office revenues of blockbusters like “Black Panther: Wakanda Forever,” “Avatar: The Way of Water,” and “Top Gun: Maverick” may have increased in 2022, but they did not save the industry from a disappointing year.

According to recent projections, domestic box office receipts in 2022 are expected to be close to $7.35 billion, a decrease of 33% from 2019 when ticket sales were over $11 billion.

Even if the number increased by 68% from 2021 to now, many Americans once again used streaming services to avoid leaving their homes.

A part of the poor revenues may be attributed to the COVID-19 epidemic, but many in the entertainment sector seem to think that the lack of palatable production is the largest reason for worry.

According to ComScore, movie ticket sales during the Christmas holiday weekend totaled $86 million from Friday to Sunday, a sharp down from 2021 when “Spider-Man: No Way Home” shot to the top of the box office.

However, ‘Avatar: The Way of Water’ managed to triumph over the weekend, earning $56 million over the long weekend.

According to Brian Robbins, CEO of Paramount Pictures, in an interview with the Wall Street Journal, “We’re still coming out of the COVID cloud.”

There are a few movies when we just about made it, according to Robbins.

Nevertheless, the studio was able to secure five of the top 25 positions on the domestic box office chart for 2025 with “Maverick,” “Sonic the Hedgehog 2,” “Smile,” “The Lost City,” and “Scream.”

Despite these figures, the Paramount executive said that he doesn’t think the present production has reached all of the prospective consumers in the post-pandemic world.

Robbins could have also been commenting on other star-powered non-legacy films that had underwhelming results.

In a similar vein, Robbie’s film “Babylon,” which was directed by Damien Chazelle, debuted during the Christmas holiday and earned an astonishingly meager $3.5 million.

The Walt Disney Company, which earned $1.7 billion domestically from the sales of “Wakanda Forever,” “The Way of Water,” and “Doctor Strange in the Multiverse of Madness,” was one of the year’s biggest winners.

The same business, however, also suffered significant losses on the animation front with “Lightyear” ($226M), which had a $200 million production budget, and “Strange World” ($35M), which lost an estimated $100 million.

The movie “Lightyear” became caught up in the debate surrounding Florida’s “Don’t Say Gay” law, which may have hurt its box office performance.

The kiss between two female characters that was initially in the movie was momentarily deleted and then added back in by Disney executives.

NOPE, Jordan Peele’s most recent entry into the horror-suspense genre, ranked 14th on the list of highest-grossing films with $114 million.

In contrast, Billy Eichner’s homosexual comedy “Bros,” which cost $22 million to make, only brought in $11 million domestically for Universal.

With $1.3 billion, Paramount Pictures ranked third on the list, ahead of Sony with $854 million and Warner Bros. Pictures with $934 million.

A poor year for Warner Bros., which derived more than $369 million from “The Batman” and $168 million from “Black Adam” at the American box office.

In North America, only 71 films were granted a complete “wide release” in 2022.

According to ComScore, the average domestic box office take for a movie in 2022 was slightly over $100 million.

The “best of both worlds” was given to Netflix and Rian Johnson’s “Glass Onion: A Knives Out Mystery” in 2022 after a limited theater release in November and a streaming service launch in December.

In only one week in fewer than 700 theaters, the movie with Daniel Craig, Kate Hudson, Janelle Monae, Dave Bautista, Kathryn Hahn, and Edward Norton brought in $13 million.

Some studios choose to go directly to the streaming platforms instead of the restricted release.

The most recent Predator movie, “Prey,” was made available on Hulu, while Pixar and Disney’s “Turning Red” had its direct Disney+ launch in March.