Two hundred students have benefitted from the I.G Aguowo Health and Academic Foundation.

The beneficiaries will have their education sponsored from basic one to university level. 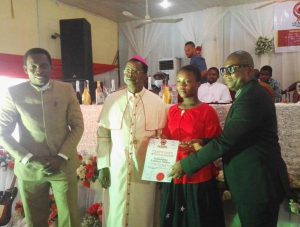 I.G Aguowo Health and Academic Foundation, which commenced in 2019, focuses on helping young and less privileged in the society, and between December 2019 and March 2020, several people have been mobilized to among other things, become major trustees of the foundation.

Speaking at the occasion, the Catholic Bishop of Awka Diocese, Most Reverend Dr. Paulinus Ezeokafor, commended the initiative and asked the benefactor to extend same gesture to the very poor and vulnerable ones in the society, even as he advised the wealthy to emulate Mr. Onyeka Aguowo. 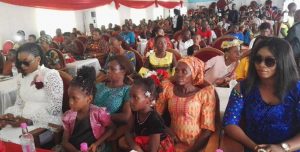 The benefactor, Mr. Aguowo, explained that the mission of the Foundation is to provide quality healthcare and educational services to the less privileged, stressing that their involvement cuts across health, academic and local community support, hospital donations, endowment to less privileged, donation of funds, items, among others.

He congratulated the beneficiaries and stressed that he holds girl-child education as a priority, promising to do more interventions. 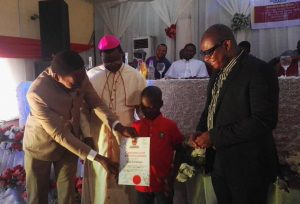 Speaking on behalf of the beneficiaries, Miss Mitchele Ileagu expressed appreciation to their benefactor, describing the empowerment as a lifetime golden opportunity to further their academic pursuits and achieve life goals.

Miss Ileagu recalled that the effort of the foundation has made it possible for the less privileged people who dropped out of school as a result of financial constraints to go back through scholarship, assuring that they will not fail.