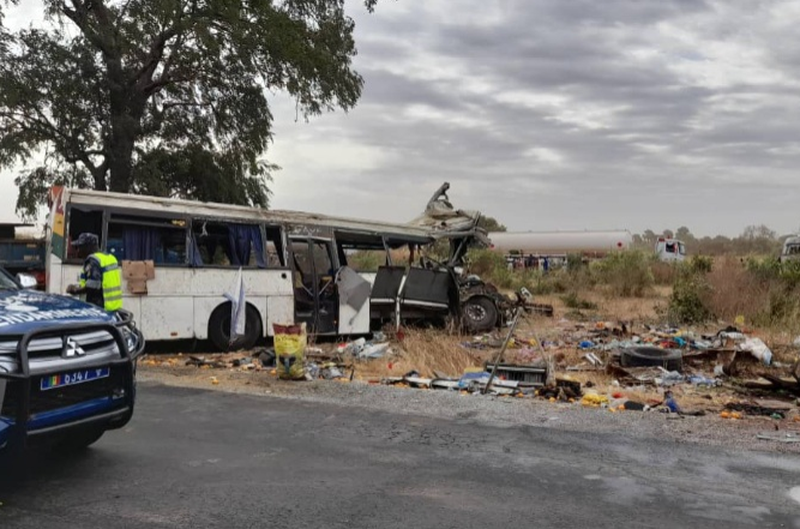 Nineteen people were murdered when a bus and a truck crashed in northern Senegal on Monday, firemen reported, eight days after a collision between two buses claimed the lives of forty people.

Papa Ange Michel Diatta, a colonel with the national firefighting service, told AFP that twenty-four individuals were hurt in Monday’s tragedy near Sakal in the Louga region.

After two buses collided in the early hours of January 8 in the central region of Kaffrine, causing 40 fatalities and more than 100 injuries, Senegal observed three days of mourning.

The government responded by prohibiting night buses and barring the importation of old tires, which were believed to be the cause of the catastrophe.

It also declared that the maximum speed for cars moving goods and people would be 90 kilometers per hour (56 mph).

According to experts, the most prevalent causes of traffic accidents in Senegal are driver mistake, inadequate roads, and worn-out automobiles.

Additionally, Iran has sentenced three additional individuals to death for the Amini protests.

According to the World Bank, every 100,000 residents in the 17-million-person nation of Senegal, there are 24 traffic deaths.

Comparatively, the death rate is six per 100,000 in the European Union and two in Switzerland, whereas it is an average of 27 in sub-Saharan Africa.