Skip to content
Go Home «» News «» Breaking News «» 15 killed in protest riots in Peru over the fate of the detained, deposed president 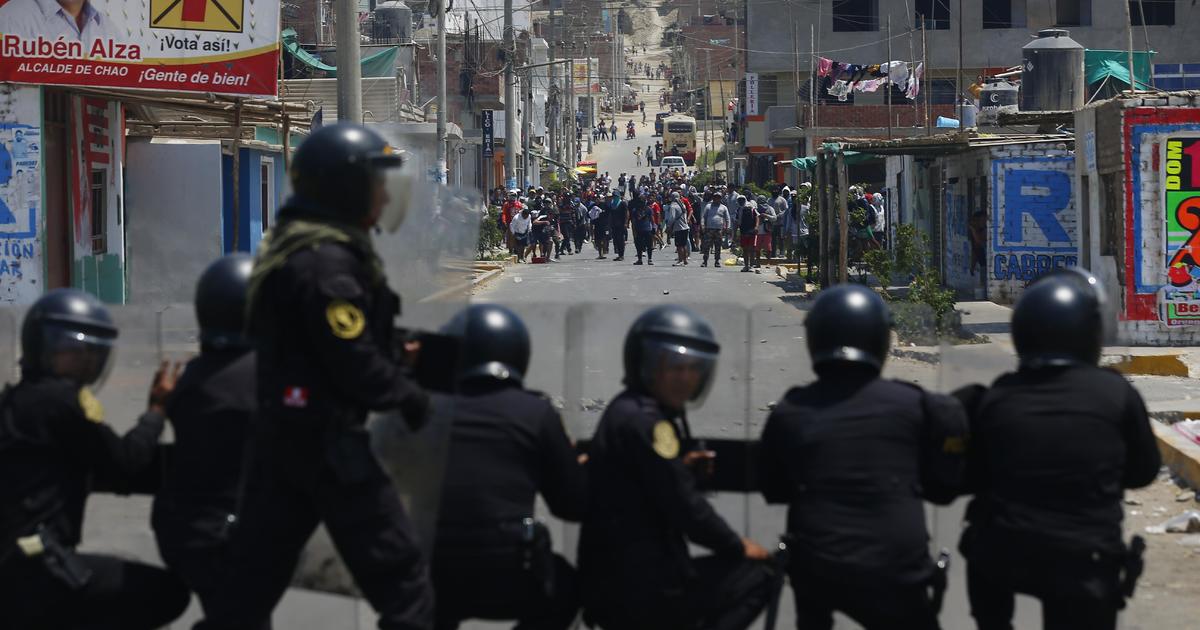 Lima — At least seven people were killed in skirmishes between demonstrators and the military on Thursday night in the southern city of Ayacucho, Peru, as unrest builds over the treatment of former president Pedro Castillo. Castillo has been sentenced to remain in custody for 18 months following his arrest last week, which has provoked protests that have claimed the lives of at least 15 people in the nation’s capital, Lima, and throughout South America, according to officials.

Castillo was taken from office and jailed after he attempted to dissolve the legislature and said he would govern by decree in an effort to avoid an impeachment vote amid multiple corruption investigations, according to his opponents.

According to public prosecutor Alcides Diaz, the former left-leaning educator is charged with rebellion and conspiracy and faces up to ten years in prison if found guilty.

A judge of the Supreme Court granted prosecutors’ plea to keep Castillo in detention, citing his flight risk after attempting to seek refuge at the Mexican consulate in Lima. The detention order is in effect until June 2024.

On December 14, 2022, in Lima, Peru, supporters of former president Pedro Castillo gather in front of the police prison where he is being imprisoned to demand his release. Klebher Vasquez/Anadolu Agency/Getty

Despite a state of emergency declaration that authorizes the military to join in law enforcement operations, his removal from office has spurred protests around the nation, with thousands taking to the streets every day, including Thursday in the capital Lima.

According to the ombudsman, 340 people have been hurt, with the police claiming that at least half of those injured are from their ranks.

Dozens of Castillo’s fans have camped out in front of the prison where he is being kept in the capital, and they remain undeterred and unbowed.

On December 15, 2022, in downtown Lima, a supporter of former President Pedro Castillo yells at riot police while brandishing a national flag during a demonstration to demand the dissolution of the Peruvian Congress and Castillo’s release. MARTIN BERNETT

Rolando Arana, 38, a demonstrator in Lima, said in response to the court’s verdict on Castillo’s detention, “I completely disagree with the Peruvian justice system, as everything is for sale.”

“The president has been taken hostage. There is no alternative term for it “Lucy Carranza, age 41, stated before.

On Thursday, 300 individuals marched near the prison while chanting, “Freedom for Castillo!”

Former vice president Dina Boluarte, who was hastily sworn in as president after Castillo’s arrest, proclaimed a statewide state of emergency for 30 days on Wednesday.

The next day, she urged Congress to support a constitutional amendment that would let her to move elections scheduled for July 2026 to December 2023.

One of the primary demands of pro-Castillo demonstrations, who have included Indigenous people from the Amazonian regions of the center and southeast of Peru, is for new elections.

Due to the protests, four airports have been closed and more than one hundred roads throughout the country remain blocked.

Soldiers line an avenue in Lima, Peru, on December 15, 2022, following the declaration of a state of emergency amid violent protests following the removal of former president Pedro Castillo. Martin Mejia/AP

Train service to Peru’s most popular attraction, the Inca stronghold Machu Picchu from the 15th century, was suspended, leaving hundreds of tourists stranded.

Protest leaders have stated that they will stage further rallies on Friday, demanding the release of Castillo, the resignation of Boluarte, the dissolution of Congress, and new elections.

At the virtual hearing that ruled Castillo should not be released, neither he nor his counsel were present.

The judge stated that Castillo had refused to accept the summons, therefore a public defender was appointed to represent him.

Castillo’s initial seven-day detention was set to expire on Wednesday, but the hearing was delayed by 24 hours because the former leader’s attorneys claimed they had not received the requisite case materials from prosecutors.

Castillo has described his detention as unlawful and arbitrary, and he has urged security forces to “stop killing” protestors.

Vilma Vasquez, speaking outside the prison where Castillo is being imprisoned, accused the ex-political president’s opponents of launching a smear campaign against him even before he assumed office last year.

“We were labelled terrorists from the moment he assumed office, and even during the (election) campaign,” recalled Vasquez.

“They did not allow him to lead because we were thieves and crooked. We will remain here until he departs “jail.

Castillo’s opponents attempted to portray him as a dangerous communist and Shining Path sympathizer before to his election. Shining Path insurgents spread instability in the 1980s and 1990s. Castillo claims to have engaged in combat with Maoist militants.

In Peru, which is prone to political volatility and is currently on its sixth president in six years, he was only in charge for 17 months.

His brief time in office was marked by a power struggle with the opposition-controlled Congress and six corruption-related investigations investigating him and his family.

»15 killed in protest riots in Peru over the fate of the detained, deposed president«