Authorities in north-central Mexico claimed Friday that state police murdered 13 accused gang members in a gunfight the same day they apprehended four individuals burying one of their officers and a relative.

The incident happened Thursday evening in the Vaqueros neighborhood of Rayon municipality, according to the San Luis Potosi state security agency.

Ten males and three women were among those killed. Authorities did not disclose any injured state police officers. Weapons, tactical gear, and cars were confiscated, according to the San Luis Potosi state prosecutor’s office. The operation on Thursday was the product of information acquired after police detained four individuals while burying a state police officer and a relative earlier that day, according to the office. Last month, the bound remains of four persons were discovered in the burned-out wreckage of a helicopter in San Luis Potosi state, coupled with clues suggesting they were slain by a drug cartel.

Authorities in the southern state of Guerrero said Friday that they discovered six corpses with gunshot wounds and two heads nearby.

The bodies were discovered alongside a burnt out and shot up car in the town of Quechultenango, according to the Guerrero state prosecutor’s office.

More than halfway through his 6-year mandate, Mexico President Andrés Manuel López Obrador is still dealing with consistently high levels of violence. The government has stressed social measures to combat violence rather than direct battles with the country’s formidable drug gangs.

“I am fully persuaded that you cannot counter violence with violence, and that coercive methods are insufficient,” López Obrador stated last month. 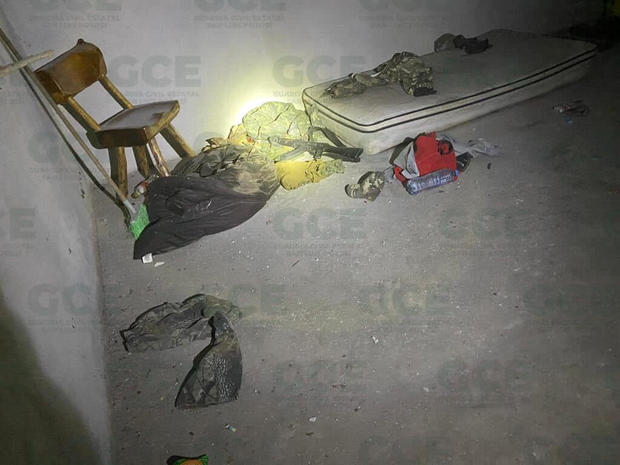