Don’t Pay UK, the movement advocating for widespread non-payment of fuel bills, has been coordinated by hard-Left extremists seeking to provoke social disturbance and ‘break the system’, The Mail on Sunday can disclose.

So far, Don’t Pay has maintained a veil of obscurity, declaring it was ‘started by a few of us who are friends’.

As a result of rising costs, 105,000 customers have so far promised through the website to cease paying their energy bills as of October 1.

However, Don’t Pay is really a political movement whose leaders are connected to a number of direct action campaigns, such as Extinction Rebellion and what they refer to as “post-Corbyn projects.”

Alessio Lunghi, 44, a veteran of the anarchist movement who is well-known to police in Europe for assisting in the planning of anti-capitalist riots, is at the centre of it.

This publication found a YouTube clip of middle-class university dropout Lunghi conversing with activists during a virtual gathering.

Hello everyone, I’m Al from Don’t Pay,” he introduces himself. I’m a London resident. Since we introduced Don’t Pay, five weeks have passed in a very intensive manner. You may have as much information as you desire from me.

Lunghi claims to be affiliated with “an alliances working group” and claims the campaign is anonymous for “many reasons which I won’t get into.” It’s business as usual, he adds. 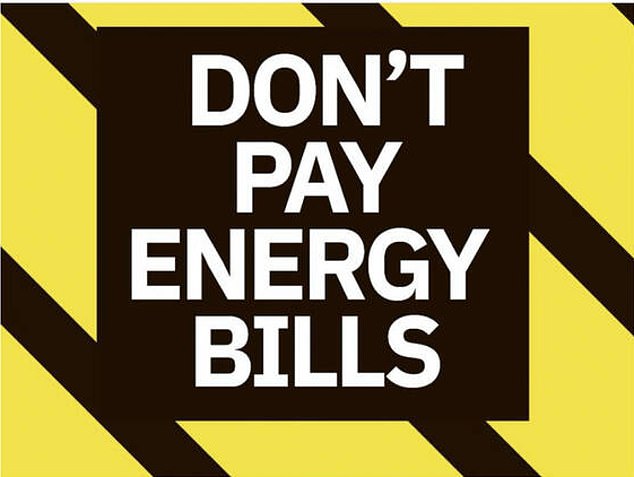 We have organisations working on climate change, such as Extinction Rebellion and Just Stop Oil, as well as certain post-Corbyn initiatives, unions, and other social movements, such as housing unions, who wish to help us.

He says: “We regarded energy bills as being a type of point at which we believed a mass movement might come about.” He then discloses the actual purpose of the campaign.

“This might develop into a very severe political crisis on a magnitude we haven’t seen in the UK for thirty years,” the speaker said.

Some traditional Left-wing activists are uneasy with direct action initiatives like Don’t Pay because they see them as ineffective.

An activist with extensive knowledge of Britain’s militant fringe who spoke on the condition of anonymity said: “The anarchist movement Plan C is at the core of this.” This overarching narrative is ongoing.

Don’t Pay wants to create a left-wing political infrastructure for when the Labour Party self-destructs.

Actor Matthew Chessum, who is reported to have distributed Don’t Pay flyers during a trade union march in London on June 18—the day Don’t Pay was founded—is one of those working with Mr. Lunghi.

Mr. Chessum formerly belonged to the Corbynite Momentum organisation. I don’t believe I’m going to weigh in and condemn violence from protestors,” he said when asked about the 2010 student demonstrations.

Additionally, he has connections to the Alliance for Workers’ Liberty, a Communist offshoot.

Rob Callender, a veteran of the Extinction Rebellion and a yoga instructor who has appeared in three episodes of Game of Thrones, is introduced to Lunghi in the YouTube video.

Mr. Lunghi, who was up in South-East London’s Camberwell, is claimed to have abandoned his engineering degree at London University after learning about anarchism.

Another activist said last night: “The issue with these men is that they’re often well-off, and they have no real understanding of what it’s like to struggle.” They are clueless.