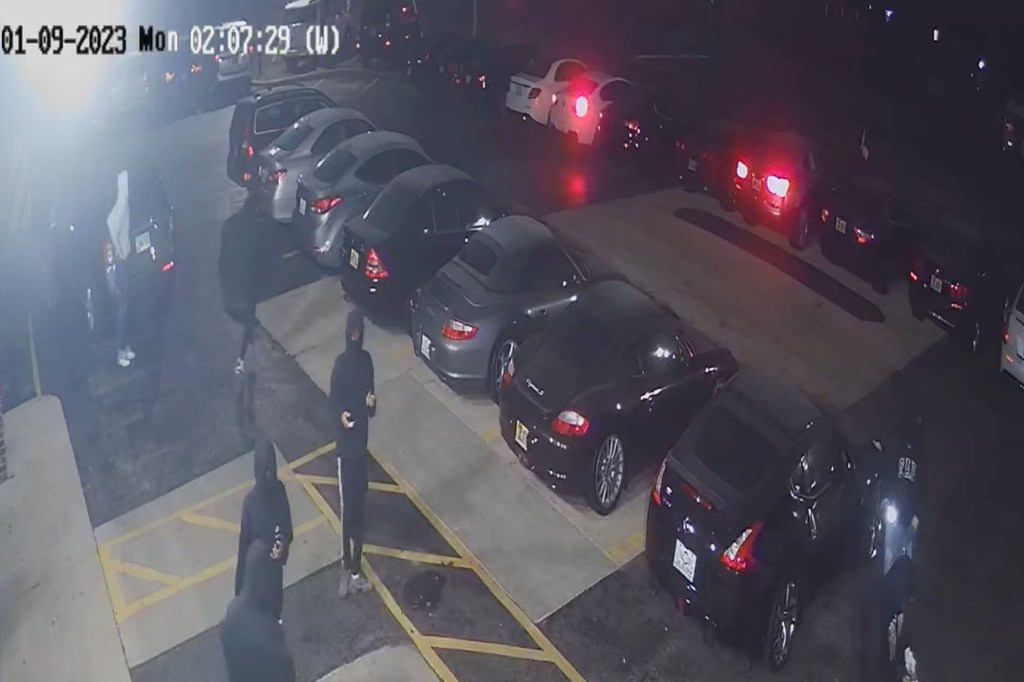 At least ten masked thieves went into an auto dealership in Chicago’s suburbs and stole six luxury vehicles, including a Maserati, according to police.

The Cook County Sheriff’s Office released security footage of the brazen burglary that occurred at Exclusive Autohaus in the 1600 block of South Roselle Road in Schaumburg about 2:00 a.m. on Monday.

In the tape, a huge SUV comes up to the used car store, and a number of suspects emerge.

As the mob gathers in front of the company, one of the attackers smashes a window, causing them to flow inside.

In doing so, the invaders triggered a security alert, which brought deputies to the site; nevertheless, the criminals were able to get vehicle keys and depart the scene with their expensive plunder before law enforcement arrived.

The 2014 Audi S7 that had been abandoned by the thieves was subsequently retrieved by Oak Park police and handed over to criminologists for analysis.

On the condition of anonymity, the owner of the burglarized dealership told WGN-TV that the robbers used a brick to break into the business.

“It’s been something you cannot imagine,” the victim said. “You read about it and then, when it happens to you, know it’s more of a shock than anything else.”

The owner wished for the criminals to “get what they deserve.”

As of Monday, no arrests had been made and no suspect descriptions had been given by the sheriff’s office. The majority of them were last seen wearing hooded sweatshirts and masks in the footage.

Thefts of motor vehicles have increased by a staggering 173 percent in Chicago over the last year, according to the most recent CPD figures.