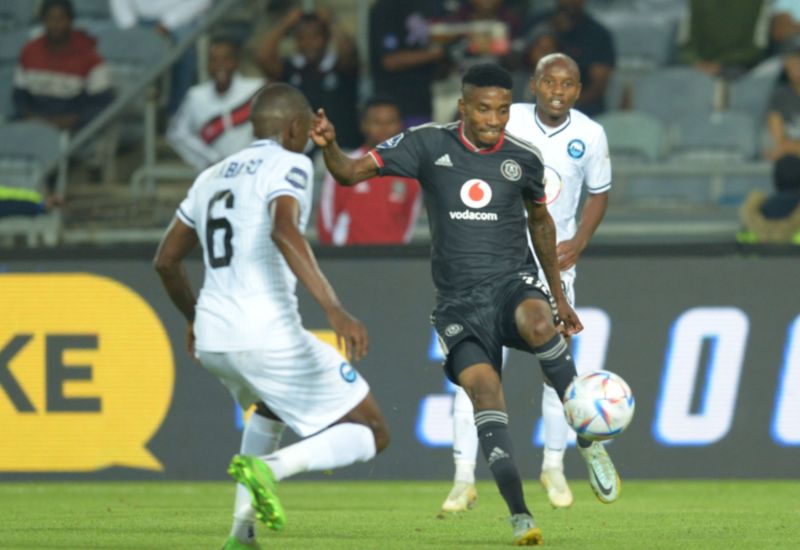 Saturday night at Orlando Stadium, Orlando Pirates had to settle for a single point after being held to a goalless draw by 10-man Richards Bay.

In the first-ever encounter between the two teams, the visitors finished the game a man down after fullback Siyanda Msani was sent off, as the home team attempted to rebound from a midweek loss.

The Buccaneers created the majority of early opportunities, with Ndabayithethwa Ndlondlo having a shot on goal in the second minute after Deon Hotto’s attempted cross into the box was blocked into his path.

Monnapule Saleng and Zakhele Lepasa had opportunities in the opening 10 minutes, but neither was able to alter the scoreboard. Olisa Ndah’s header from a corner was the first meaningful shot on target for the home team, but goalkeeper Salim Magoola handled it with ease.

Somila Ntsundwana found a way behind the defense midway through the first half, but his effort crashed into the side netting, as the visitors saw an opportunity to take the lead with the score still tied.

The Buccaneers retaliated by pushing forward, and Monnapule Saleng, who had been very active early on, forced Magoola to make a save.

On the stroke of halftime, the KwaZulu-Natal side were reduced to 10 men when Msani’s challenge on Olisa Ndah resulted in the dismissal of Msani.

With a player advantage, the Soweto Giants wanted to take the lead and could have done so two minutes after halftime had Hotto’s long-range shot been on target.

Ndah could have been an unlikely hero at the hour mark, when he extended his limbs to meet a pass provided by Ndlondlo into the area, but Magoola saved his shot.

Bandile Shandu believed he had given the Buccaneers the lead in the 74th minute, but the offside flag halted his celebrations, and Nkosinathi Sibisi rose high from a set-piece only to send his header wide.

Terrence Dzvukamanja, a replacement who entered the game in the second half, had a chance to take the victory late in the match, but the evening ended in frustration as neither team was able to break the deadlock.